When I saw this wonderful American Digest post about Sarah Bernhardt,  it brought me back to the first time I read the marvelous biography "Madame Sarah" by Cornelia Otis Skinner. I've never forgotten the book or the actress, even after all these years.
Posted by Oxmyx at 9/30/2015 10:52:00 PM No comments:

Head-Shaking Moment of the Day

The world is going crazy with war, terrorism, cop-killings, hordes of Muslims, the deliberate weakening of America, and the collapse of society, and here is what is considered important: EPA Warning: Sunny days bad for plants. (via Le-gal In-sur-rec-tion)
Posted by Oxmyx at 9/30/2015 10:47:00 PM No comments: 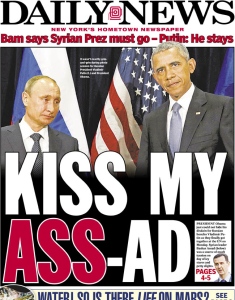 Read Joseph Klein's column about Obama's speech at the United Nations:
"'Shows of military force' and 'diplomacy' are not incompatible, as Obama seems to believe.  It is possible to engage in smart diplomacy while advocating a strong military to back up such diplomacy. Call it 'peace through strength,' as Ronald Regan did, or 'speak softly and carry a big stick,' as Theodore Roosevelt did. As President Obama’s speech at the United Nations demonstrated once again, his whole approach to foreign policy has turned this long-standing, common sense strategy on its head."
Posted by Oxmyx at 9/29/2015 10:27:00 PM No comments:

The Council has spoken! Here are the latest Watcher's Council results!

The Weasel of the Week is Major General Kenneth Dahl, one of the investigators of the Bowe Bergdahl case.
Posted by Oxmyx at 9/25/2015 10:36:00 PM No comments:

The Boehner of Our Existence

Here's a good description of John Boehner's announcement, via Instapundit: "John Hinderaker: “Speaker John Boehner’s resignation reflects the fact that virtually every Republican in the United States is disappointed in the Congress. With Republican majorities in both the House and the Senate, it is hard to point to any significant accomplishments in the last eight months. At a minimum, I had expected a Republican Congress to pass a series of popular, conservative measures which the Democrats would be obliged to filibuster (if they had the votes) or veto. Instead, Congress has done little or nothing to put President Obama on the defensive. . . ." Let's hope the next Speaker does his job better.
Posted by Oxmyx at 9/25/2015 06:09:00 PM No comments:

Here is this week's recap of news and culture (or lack thereof), courtesy of Maggie's Farm, Betsy's Page, and Larwyn's Linx.  As a bonus, here is the Esser Agaroth Year in Review תשע"ה/5775.

Also, read this column about the Pope and Obama. Jammie Wearing Fool writes, "They claim to care about the poor. If they really do, they’d get off this 'climate change' nonsense and focus on things people care about."
Posted by Oxmyx at 9/24/2015 10:05:00 PM No comments:

Here's another column by Katherine Timpf about the victim racket: "A 29-year-old Thai-Cambodian woman has launched a fundraiser asking her 'white friends' to pay for her therapy — claiming that they owe it to her because stress caused by racism is why she needs it in the first place." Don't you just love these stories? You've got to give her credit for sheer chutzpah!  But who's more ridiculous, her or the white friends who actually donated money?
Posted by Oxmyx at 9/23/2015 10:10:00 PM No comments:

My, what a surprise: "Hillary Clinton on Tuesday broke her years-long silence over her stance on the Keystone XL pipeline, announcing in Iowa that she opposes the controversial project."  I sure hope she meets with the Pope this week to discuss climate change!

Mark Steyn Sums Up The Week

You have to read this Mark Steyn column on the past week in the Obamamedia.  As usual, Pavlov's Muslim dogs are salivating like crazy.
Posted by Oxmyx at 9/21/2015 09:51:00 PM No comments:

Read the debate analysis and the other weekly news courtesy of Betsy's Page, Maggie's Farm, and Larwyn's Linx.
As Betsy put it, "The testimony by the commander of U.S. Central Command yesterday before the Senate Armed Services Committee is positively horrifying." That a mere 4 or 5 Syrians are fighting "junior varsity" ISIS is scandalous and outrageous, but as usual, Obama will not be held accountable.
Posted by Oxmyx at 9/17/2015 12:18:00 PM No comments:

Odds and Ends in the News 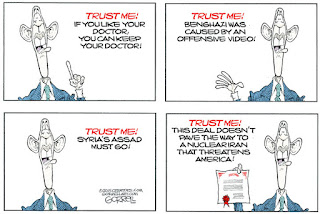 Last week, Bobby Jindal called Trump a narcissist and an egomaniac. I thought he was referring to Obama!

Another sign that our world has gone insane. From Breitbart:  "President Obama will apparently test just how far Pope Francis’ notorious tolerance will go by inviting a rogue’s gallery of people opposed to Catholic teaching to greet the pontiff at the White House during his visit next week. In a stunning show of political indecorum, Obama has invited a series of individuals who publicly flout Catholic teaching, including a pro-abortion religious sister, a transgender woman and the first openly gay Episcopal bishop, along with at least two Catholic gay activists."

Read Greg Crosby about the Muslims stampeding into Europe. I find the propaganda news coverage incredible: always dead babies & children, starving adults, evil European border guards, and happy, welcoming Germans.  Will the Europeans continue to be welcoming when they're expected to foot the staggering bill, or when they catch whatever diseases are spread, or when terrorist attacks become more frequent? They'll be coming here, too, thanks to Obama.  Why don't they go to other Middle East countries rather than to Europe and America?

But It's Still Bush's Fault

Understatement of the Day

Read the latest column by Victor Davis Hanson, "Is Obamism Correctable? Here and abroad, the Obama administration damages whatever it touches." Boy, is that an understatement!
Posted by Oxmyx at 9/15/2015 10:29:00 PM No comments:

I saw this Glenn McCoy cartoon at Lucianne.com today. That anyone is for this Iran deal (other than the Iranians) continues to baffle me.
Posted by Oxmyx at 9/15/2015 10:26:00 PM No comments: 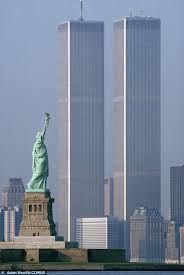 Read the latest news and commentary at Betsy's Page, Maggie's Farm, and Larwyn's Linx, and if you haven't already read this over the years, please read What I Saw: Notes Made on September 11, 2001 from BrooklynHeights, at American Digest. Also, see these Sept. 11 articles at Weekly Standard.
Posted by Oxmyx at 9/11/2015 10:50:00 AM No comments:

September 11 - Day of Infamy and Sorrow

Today is not "Patriot Day", it's the 14th anniversary of the attacks on America by Muslim terrorists. Below is Bob Gorrell's tribute, as seen at Lucianne.com today. 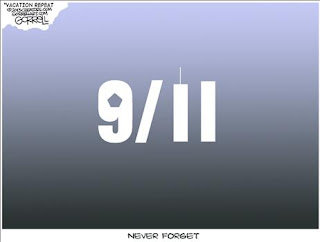 Honoring the Heroes and Victims

The Council has spoken! Here are this week's Watcher's Council results!

Read about the disgraceful Iran treaty, the end of the ridiculous, time-wasting Deflategate story, and other news at Betsy's Page, Maggie's Farm, and Larwyn's Linx.
Posted by Oxmyx at 9/03/2015 12:06:00 PM No comments:

War on Cops, War on Decency

While your president is claiming once again that "climate change" is the worst disaster of our time, and while he says "We will condemn our children to a planet beyond their repair" with a straight face, cops are again being executed thanks to his rhetoric. Notice: when cops shoot and kill suspects, they are automatically evil racists. When assassins murder cops, they are "mentally ill".
Posted by Oxmyx at 9/01/2015 04:40:00 PM No comments: