Here's a  heartwarming story about a well-earned send-off: "More than 200 Israelis attended the funeral of a complete stranger — a Holocaust survivor from the Canary Islands who fulfilled a final wish, to be buried in Israel alongside her mother....Nathan, a native of Germany, was one of the few to survive the Theresienstadt concentration camp. She managed to avoid being sent to the Treblinka and Auschwitz extermination camps like many of the other Jews imprisoned at Theresienstadt by the Nazis."

She received the care in death she had been deprived of in life.

For a man who's never been a politician, Donald Trump certainly looked and sounded presidential tonight in his address to Congress.  I was afraid he'd get sidetracked, ad-lib, and go off on tangents the way he had done during his campaign, but instead -- and probably to the dismay of many of the Democrats -- he sounded quite calm and conciliatory.

Too bad the Dems didn't stick around after the speech.  What could it have hurt for them to come shake Trump's hand, say "well done", and show some willingness to get along? By leaving so quickly, they just showed what sore losers they truly are.
Posted by Oxmyx at 2/28/2017 10:38:00 PM No comments:

When I read about this weekend's desecration of a Philadelphia Jewish cemetery,  I thought of a column I read about the similar vandalism at a St. Louis cemetery. It's titled "Why has the overturning of Jewish headstones spooked us so?" and is well worth reading.

Writer Edmon J. Rodman says, "It’s not just the destruction that is so disturbing, it’s the willful desecration and the fear that acts like this are building, if not checked, into something worse, that has many of us nervously paging through the history books for a flash of what could happen next.
Yet, if we choose to dig deeper, there’s more to why we feel the way we do about the cemetery desecration. Beneath every headstone there is not just another Jew, but an individual who was loved, and missed; someone who, according to Jewish law, must be treated with kavod ha-emet, or 'respect for the dead.'"

Obviously these thugs have no respect for the dead, and especially no respect for Jewish dead, or they wouldn't have chosen these headstones.  In the article on the Philadelphia cemetery, it said, “It’s pretty much intentional,” McReynolds told The Washington Post. “We just have to find out if it’s drunken kids or an act of — well, it is a predominantly Jewish cemetery, so we have to look into that fact.”

In his recent column Savages of Stockholm, David Greenfield wonders, "After the riots die down and the fires are put out, there will be more talk about integrating them, but what are they being integrated into; a culture that doesn't resist when their cars are torched? Why would they want to join a culture that leaves you unable to protect what is yours? Why would anyone join a culture that makes you so weak and impotent that anyone can come and take what belongs to you?" It's like when the Nazis led passive Jews to the pits and slaughtered them -- why would we ever let that happen to us again? Remember the French Resistance? Isn't there anyone willing to resist today's Nazis?
Posted by Oxmyx at 2/25/2017 10:31:00 PM No comments:

Harold Ticktin translates the word fonfer as "someone who doesn’t deliver what he promises; a double-talker; a cheat" and gives this great example:  "'That fonfer will make you think black is white!' (Leo Rosten, “The New Joys of Yiddish,” Three Rivers Press, New York, N.Y.; 2001, p. 107)"

News I Wish WAS Fake 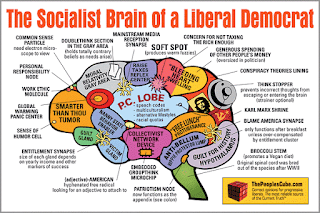 I saw this tweet from Chris Cuomo today and instantly wished I hadn't.  It's as if the liberals are deliberately trying to see how far they can go in pushing the boundaries of decency, taste, and common sense, and desperately trying to push their warped agenda and turn abnormal into normal. Imagine growing up today being indoctrinated like this!
(As seen - unfortunately - at Larwyn's Linx.)

Another tumultuous week, and another day of great roundups from Betsy's Page, Larwyn's Linx, and Maggie's Farm.

If we didn't have 24 hour cable news and social media, would people still be rioting, protesting, and rushing to embrace the abnormal and the criminal? I doubt it. The Democrats and the liberals look unhinged, and in their zeal to have more people voting Democrat at the next election,  they will do anything, even if it hurts they country. It's just amazing.
Posted by Oxmyx at 2/23/2017 12:28:00 PM No comments:

Erick Erickson suggests we just ignore these organized, obnoxious liberal protesters, but it's easier said than done, especially when they are being encouraged and praised by the network news channels.  The Republicans who are holding these town hall meetings ought to fight fire with fire; after all, we're in power now, so (to paraphrase Trump), what do they have to lose?
Posted by Oxmyx at 2/22/2017 07:33:00 PM No comments:

There's been a lot of vandalism and disrespect lately. "Activists Hoist 'Refugees Welcome' Sign at the Statue of Liberty." Notice that the sign didn't say "Legal Refugees Welcome".  If the liberals want everyone to come here, let them pay out of their own pockets, not mine!

"3 DC monuments vandalized over the weekend". It makes me sick to see our historic monuments defaced.

And this absolute disgrace: "Vandals damage 100 headstones at Jewish cemetery, police say." Whoever did this has no shame, no remorse, and no decency whatsoever.  (And yes, this is a hate crime.)
Posted by Oxmyx at 2/22/2017 04:43:00 PM No comments: 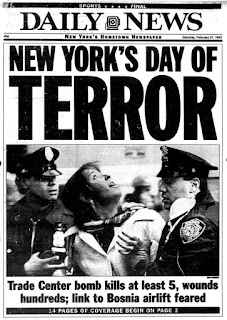 The Donald and The Bibi

From Israel Hayom:  "Trump is good for the Jews.  If anyone had any doubt that U.S. President Donald Trump would be good for Israel, the press conference in the White House before his meeting with Prime Minister Benjamin Netanyahu proved as much, despite the cries of 'anti-Semitism in America' heard since Trump won the elections. A new era has begun in Washington, a much more refreshing one."

What are they trying to do, run Trump out of office so they can install Hillary as the "real" President, with Obama on the Supreme Court? When you already hear comparisons to Watergate, you know the Dems and the media have it in for him, and after only a month on the job! I'm no conspiracy theorist, but I find this sickening and don't want to put the TV news on at night.

Punch a Jew, Good for You!

Here's more anti-Semitism on campus, this time in Canada: "McGill Student Council Silence Over Member’s Tweet Calling on Followers to ‘Punch a Zionist’ Outrages, Frightens Jews, Pro-Israel Activists on Campus." What do they have there, a branch of the Nazi Youth?

I always like Fred Plotkin's articles at WQXR, and this one on Leontyne Price, complete with samples of her beautiful voice, is wonderfully written.
Posted by Oxmyx at 2/12/2017 10:16:00 PM No comments:

Here's a disturbing article from The Algemeiner:   "As The Algemeiner reported, Canary Mission — which anonymously monitors anti-American, anti-Israel and antisemitic activities on college campuses — revealed it uncovered a 'disturbing degree of hatred' directed at Jews and Israel in posts from UH students. Some of these individuals are affiliated with the UH chapters of Students for Justice in Palestine (SJP) and the Muslim Student Association (MSA), as well as with the Boycott, Divestment and Sanctions movement.   According to a Canary Mission representative, the group found a number of 'antisemitic and threatening catch phrases repeated over and over again in various forms, such as ‘Jews are dogs’ and ‘Jews should be cursed.'"  Yet they keep accusing us of "Islamophobia"!

Remember when colleges used to be places you enrolled in to study and get your degree so you could get a good job?

Read Argus Hamilton's observations on the news, including this item:  "The White House officially put Iran on notice Wednesday after Iranian-trained Yemeni rebels attacked a Saudi ship and Iran conducted missile tests. It doesn't look good. I think the reason there were no Iranians in the crew on the Starship Enterprise is because Star Trek is set in the future."

No Matter What, They Still Hate the Jews

This is from the Algemeiner: "The introduction of the 'bloodied' flag at a gathering ostensibly staged to demonstrate against a policy of the new Trump administration was the latest example of students co-opting an event to express hostility to the Jewish state. Earlier this week, a similar practice was seen at a rally at the University of California, Irvine.


The student then led the crowd in a chant that has become popular at anti-Trump demonstrations across the country: 'From Palestine to Mexico, all the walls have got to go.'" (Can you now major in Rioting or Antisemitism on college campuses now?)

After September 11, people briefly hated the Muslims. Now they love the Muslims to spite Trump, but they have always hated the Jews.
Posted by Oxmyx at 2/07/2017 10:26:00 PM No comments:

As part of the current rush to defend all things Muslim, "The Museum of Modern Art in New York City is protesting Donald Trump’s executive order preventing certain citizens from entering the U.S. by taking down some of the most famous pieces in its permanent collection and replacing them with works created by artists hailing from the seven Muslim-majority countries targeted by the travel ban. After the museum closed Thursday night, its crew carefully swapped out seven paintings, including works by Pablo Picasso, Francis Picabia and Henri Mattise, and replaced them with installations done by the Sudanese painter Ibrahim El-Salahi, Iraqi architect Zaha Hadid and the Iranian artists Tala Madani and Charles Hossein Zenderoudi, the museum's senior curator, Jodi Hauptman, told Gothamist Thursday."

I have a better idea. If you want to see a work by some famous Muslims, just look here instead: 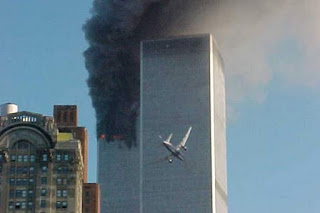 Super Bowl 51 should prove once and for all that Tom Brady doesn't need to cheat to win! He's the greatest quarterback I've seen, and this had to be one of the most incredible Super Bowl comebacks in history. Congratulations, Patriots, and hooray for Tom Terrific.
Posted by Oxmyx at 2/05/2017 10:36:00 PM No comments:

Here's how the New York Times downplayed this attack:  "Assailant Near Louvre Is Shot by French Soldier. A man armed with two large knives and shouting 'God is great' in Arabic lunged at a military patrol near an entrance to the Louvre on Friday, causing little harm, but rattling a city already on edge over terrorist attacks and casting another shadow over its international image. A soldier opened fire, hitting the attacker several times, but not before he slashed at one of the other soldiers, causing minor injuries."

Somehow, I think that there'd be more outrage if the "attacker" had slashed the famous paintings with his machete than if he had seriously wounded or killed visitors.
Posted by Oxmyx at 2/03/2017 10:38:00 PM No comments:

With all that's going on these days, our favorite bloggers have no shortage of material! Check out Larwyn's Linx, Maggie's Farm, and Betsy's Page.
Posted by Oxmyx at 2/02/2017 10:01:00 PM No comments: 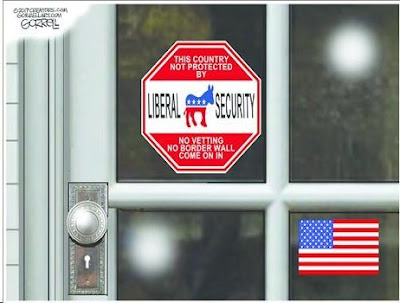 This cartoon by Bob Gorrell describes our current predicament. You don't see anyone protesting in favor of keeping our country safe, or protesting in support of protecting our own citizens against the consequences of out-of-control immigration: more crime, the threat of terrorism, higher costs for taxpayers, more disease, crowded schools, endless welfare, the language barrier, the lack of assimilation, and so forth. Look at Europe -- we can't afford to become another Germany.
Posted by Oxmyx at 2/01/2017 10:13:00 PM No comments:

Doesn't California have more important things to do than come up with more politically correct insanity like this?  "California Lawmakers Want ‘Third Gender Option’ for Drivers’ Licenses.  'Our society is becoming more enlightened every day about gender identity.'"

Wrong! Our society is becoming more sickened every day about "gender identity", because you liberals don't stop encouraging it and pretending that that's normal and the rest of us aren't! Enough already!