The Friends of Our President Are Our Enemies 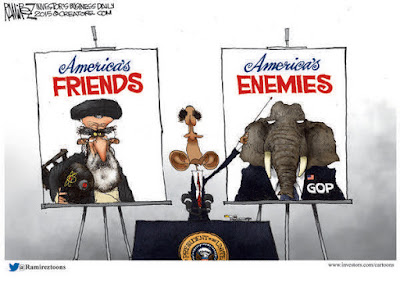 The Council has spoken! Here are this week's Watcher's Council results!

The Weasel of the Week is City Councilman and illegal migrant enabler Jhonny Pineda, who appointed 2 illegal aliens to serve as commissioners on advisory boards in (where else?) California.
Posted by Oxmyx at 8/07/2015 09:34:00 PM No comments:

Here's a beautifully written article by Joseph Berger about his mother's family home: In Poland, Searching for Jewish Heritage.
Posted by Oxmyx at 8/06/2015 09:58:00 PM No comments:

Here's the highlight of the week, the news roundups from Betsy's Page, Maggie's Farm, and Larwyn's Linx.

Today is August 6, the anniversary of the bombing of Hiroshima and, as a result, the end of the war with  savage Japan. Thank goodness we had leaders back then, real men who were courageous enough to use the bomb to save American lives.
Posted by Oxmyx at 8/06/2015 12:10:00 PM No comments:

Here's a bold headline from Daniel Greenfield: It's Time to Call Out Black Racism.  I doubt that any of the presidential candidates will say anything like this:  "Racial insecurity makes it easy for black people to believe the worst about white people and to react collectively. It is why so many black people and insecure white liberals are convinced that opposition to Obama is about his race rather than say his dictatorial ways and contempt for constitutional order, his determination to destroying our borders and our sovereignty, while delivering nuclear weapons to our enemies. It is why a cop shooting a black man will lead to protests and riots, while black gang members shooting up neighborhood houses and killing babies only leads to tearful funerals. It’s also why black activism remains relentlessly focused on imaginary white problems rather than on the pathologies that are ruining and ending lives in all black communities."
Posted by Oxmyx at 8/05/2015 09:51:00 PM No comments: 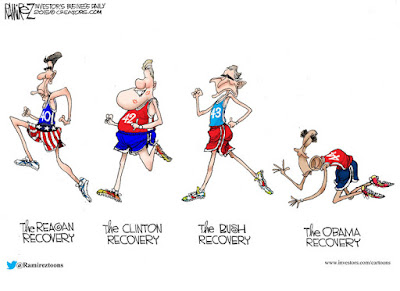 This whole uproar over Cecil the Lion, as if it were a human and the dentist were a cold-blooded murderer, has been astonishing. Stop already, please!

I wonder what today's bleeding heart liberals would have thought of Teddy Roosevelt:  "After leaving the presidency in 1909, Roosevelt cast further afield, embarking first on an epic 11-month, 2,500-mile safari through British East Africa and Anglo-Egyptian Sudan, and later conducting a harrowing expedition along Brazil’s uncharted River of Doubt. The African safari, commissioned as a scientific expedition by the Smithsonian Institution, involved trapping or shooting over 11,000 animals, including everything from insects to the largest of game—elephants, hippos, and white rhinos. Roosevelt and his colleagues also chronicled the wildlife and habitat of the region and collected specimens that formed the basis of the Smithsonian’s Natural History Museum collection. Several of these animals—displayed for many years in the Smithsonian—became widely known as iconic pieces of taxidermy."
Posted by Oxmyx at 8/03/2015 09:10:00 PM No comments:

Read this Weekly Standard column by Michael Makovsky and William Kristol.
Posted by Oxmyx at 8/01/2015 09:33:00 PM No comments:

"A report at The Navy Times in July confirmed that one of the Marines shot during the Chattanooga terrorist attack exchanged fire with the terrorist. Navy Lt. Cmdr Timothy White also shot back at the terrorist. But rather than being celebrated as a hero, Lt. Commander White may be charged for discharging a firearm on federal property."  Be sure to check out the reader comments.
Posted by Oxmyx at 8/01/2015 09:29:00 PM No comments: