In his column titled A familiar GOP pattern when in power: Squabbling, Andrew Malcolm wrote about just the same thing I mentioned in my post Please, No Gloating, when I said "Just because the Democrats seem to be unravelling now doesn't mean they can't make a comeback.  When the Republicans get too cocky, they often shoot themselves in the foot, and you know what happens after that."

Regarding the repeal and replacement of Obamacare -- can someone explain to me why the GOP didn't spend most of the past eight years developing an alternative? They should have had their plan written in stone by now, signed, sealed, and delivered!

And can Trump please stop tweeting and getting into personal feuds with people who shouldn't matter? He's not on the stump any more. Can some of his advisers remind him that he is the President now and should no longer feel he has to stoop to that level? Please!
Posted by Oxmyx at 6/29/2017 10:00:00 PM No comments:

No Class, or First Class?


I just love this E*TRADE commercial featuring the marvelous voice of Tony Bennett.  Watch the look on the stewardess' face after she closes the curtain!
Posted by Oxmyx at 6/29/2017 09:43:00 PM No comments:

Boy, that Hillary Clinton is something else.  On Twitter, she describes herself as "Wife, mom, grandma, women+kids advocate, FLOTUS, Senator, SecState, hair icon, pantsuit aficionado, 2016 presidential candidate", and in the same breath says "Forget death panels. If Republicans pass this bill, they're the death party."  So much for unity!  From hurling wheelchair-bound grandmothers over cliffs to this -- maybe she ought to add "slanderer" to her description.

Just because the Democrats seem to be unravelling now doesn't mean they can't make a comeback.  When the Republicans get too cocky, they often shoot themselves in the foot, and you know what happens after that.

So even when you read headlines like Democrats Seethe After Georgia Loss: ‘Our Brand Is Worse Than Trump’;  and you hear Nancy Pelosi encouragingly say that her party should stand by her because "I think I'm worth the trouble -- don't laugh or get too overly confident.  The Dems always manage to come back, thanks to the Republicans. Let's not give them the opportunity this time.
Posted by Oxmyx at 6/22/2017 09:18:00 PM No comments:

I thought either this was a bad joke, or else I was misinterpreting the headline. Did you see this? "UK: Theresa May vows to stamp out 'Islamophobia'."

Even after what has happened in the U.K. in the past few weeks, this is the leaders' priority?  They might as well be inviting Muslims and non-Muslims to come and kill us.

Yesterday, while entering a store,  I came face to face (or face to burka) with a Muslim covered from head to toe in a black burka.  Was it "Islamaphobic" for me to feel not hatred but terrible fear at this sight?  It's a normal reaction by people forced to live with the reality of constant terror attacks and suicide bombings, and it's a sight I'd rather not see again.
Posted by Oxmyx at 6/19/2017 12:26:00 PM No comments:

Enjoy this amusing, illustrated article on 20 Words All Jewish Kids Grew Up Hearing.  When I read it, my first thought was that the author couldn't be Jewish!

Cartoon of the Day 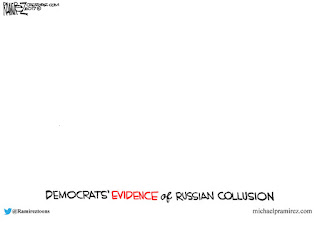 Congressional Baseball: Three Shots and You're Out

The purpose of this baseball game was to raise money for charity and to show bipartisan spirit. Instead, thanks to an anti-Republican, and therefore anti-American, killer, the Republican House Majority Whip Steve Scalise is in critical condition.  Let's take off the gloves and fight back - we have no more tolerance for gun control talk and for anti-Trump riots & rhetoric. Get more police on the streets and get less patience for protesters and anarchists. You hate Republicans? Keep shooting at us, and we'll kill you. You don't like this country? Then get out!
Posted by Oxmyx at 6/14/2017 06:32:00 PM No comments:

Every single day, the media has colorful breaking news headlines about Trump colluding with the Russians. While the news and the hearings drone on,  nobody seems to imagine that it's ISIS and Al Qaeda who are doing the colluding -- on how to kill us!  Sadly, watching Jeff Sessions testify today, I half-expected a bomb to explode or a plane to crash through the building.
Posted by Oxmyx at 6/13/2017 06:49:00 PM No comments:

A Judge For Baseball

This kid Aaron Judge may just make me want to become interested in baseball again! If nothing else, he's a much-needed distraction from the endless "Russia/Trump collusion" headlines.

"And, right now, Judge is Mantle. He went 4-for-4 Sunday with a walk and leads the AL in the Triple Crown categories, hitting .344 with 21 homers and 47 RBIs. He also has a .450 on-base percentage, .718 slugging percentage and 1.168 OPS. Those are Barry Bonds 2002-04 numbers. Which Holliday finds fitting because the veteran says Judge has the most efficient swing he has seen since Bonds.
And remember. This is a rookie."

Let's' hope he IS Barry Bonds, but without the steroids. 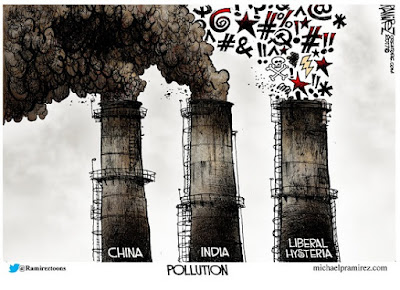 Time for your weekly dose of good reading, courtesy of Maggie's Farm, Larwyn's Linx, and Betsy's Page.  Sorry - there are no Russia-Trump collusion theories here.
Posted by Oxmyx at 6/08/2017 09:08:00 PM No comments:

It's never going to happen, but I think the media and the liberals owe Donald Trump a public apology. I'd love to see CNN admit they were wrong, it'd be great if the Washington Post ran a retraction in banner headlines, and it'd sure be fine if Democrats were to take to the floor of the House and Senate to say they're sorry.  I'd also like to see Trump sue for libel and slander after months of incessant attacks. We can only hope. 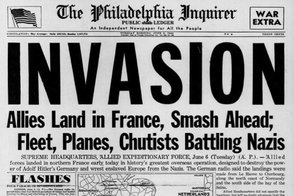 The Truth About Islamic Terrorism And Its Enablers

Sick of people downplaying and excusing terrorism?  Here's an antidote. In the Daily Mail, Katie Hopkins' column is titled "No wonder they didn't want us to know who the London Bridge Butchers were. The more we find out, the more ineffectual the people who are supposed to protect us from the killers look".  Let's have  more blunt talk like this, please.
Posted by Oxmyx at 6/06/2017 09:18:00 PM No comments:

Also, see the sentiment on these old British war posters.

I get so furious and disgusted with the apathy, excuses, and liberal reactions every time there's another terrorist attack committed by Muslims. We're supposed to just live with it; it's "the new normal"; ISIS is the J.V. team that's "on the run" and "contained.". Even when their victims are killed, you're not supposed to say anything against Muslims. Trump's anger with the Muslim Mayor of London is being met with more outrage than the attacks themselves!

Now read Daniel Greenfield's excellent column Breaking Up With Mr. Islam, which says what I think, only in a very poetic way. "Unfortunately the free world has been forced into an arranged marriage with Mr. Islam. One day he just showed up on our doorstep and the authorities told us we would be living with him from now on. Sometimes he cuts off a head, plants a bomb or kills a few thousand people-- but when we complain to the authorities, they warn us not to cast any aspersions on the good name of Mr. Islam. There might be people doing these terrible things, but it's only because we haven't made them feel at home. We didn't make their coffee just right, we told the wrong jokes and didn't prop up their self-esteem. But whoever those people are, they are certainly not Mr. Islam who is a fine peaceful gentleman and would never harm a fly."

A Terrorist Attack is Not An "Incident"

Remember Nice? Remember Jerusalem? Now it's London Bridge.  CNN is reporting this latest attack as an "incident", the definition of which is "event or occurrence".  I think deliberately driving into people in order to maim and kill them merits more than a mere "incident".

Is it racist to immediately suspect terrorism, as liberals will claim? No, it's common sense, and the sooner these terrorism-deniers wake up, the better. I am sick and tired of watching the same news reports over and over, and hearing the same excuses over and over!

After the Manchester terrorist attack, I read this column, which may also be pertinent now. It's Islamic Terrorism and the Politically Correct Stages of Grief:

These two shrews ought to go on tour together, so they can whine about what victims they are, and complain about how white men have oppressed them, all the while refusing to take any responsibility for their current condition.  Their lectures would be sold out immediately, full of other victims.

They have nobody to blame but themselves. Whatever happened to the art of retiring gracefully?
Posted by Oxmyx at 6/02/2017 09:51:00 PM No comments:

How lucky we were to grow up with the Beatles!  Not only were they clever, funny, and adorable, but they were also geniuses, and we knew it even then.

However, here are a few lines from the original 1967 New York Times review of  the Sgt. Pepper’s Lonely Hearts Club Band album:  "What a shame that 'A Day in the Life' is only a coda to an otherwise undistinguished collection of work.", and  "With one important exception, 'Sergeant Pepper' is precious but devoid of gems." 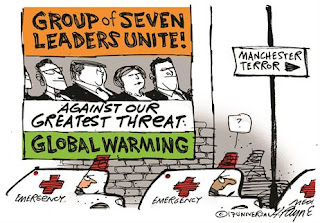 Hooray for Trump, withdrawing from Obama's Paris climate change agreement. At least he knows what our priorities should be, unlike these ridiculous alarmists.  Henry Payne's cartoon is perfect. (As seen at Lucianne.com today).
Posted by Oxmyx at 6/01/2017 09:39:00 PM No comments:

For the latest news, go first to the always reliable folks at Maggie's Farm, Larwyn's Linx, and Betsy's Page!